Although Virtual Reality rung it’s announcement bells first in 2012, the “reality” aspect was still fictitious to mainstream users in the MENA region until mid-2015. Initial applications of the technology, and sneak-peaks of the gadgets involved spurred a global race to identify the next major market opportunities, especially among tech-enthusiasts, who expected the next Industrial Revolution.

VR in the Middle East

These were first revealed in the GCC at the Gulf Information Technology Exhibition – (better known as GITEX), which is one of the region’s most popular IT exhibitions. Hardware device manufacturers and software developers collaborated with a range of specialists and professionals, from the healthcare sector, all the way to designers and architects to identify the next best fit for the tech solution. Actual business applications of the technology began in early 2015, in Dubai, with simulation products for government entities and aircraft companies, at a larger scale.

Following this, brands such as Oculus and Samsung Gear VR introduced their HMDs (Head Mounted Displays), with first hands on experiences. This hype however, came at quite a thick price tag – one of the key hurdles restricting mainstream spread of VR devices and applications.

The hurdles of VR

HMDs weren’t being offered cheap, and were quick to move from actual consumer intended purchase into only their “wish-lists”. Microsoft’s ambitions in this space are focused on Augumented Reality (rather than VR), with its HoloLens product currently costing around $3,000 to purchase.

Developers have identified price as their key hurdle, and not long after, tech providers, especially Google, jumped in with cheaper options such as the Cardboard & Daydream. Daydream is expected to see an investment of upto $6bn in the MENA region until 2020, to develop applications that will gather more mass appeal usage of VR using cheaper hardware.

Although price of VR devices were the most important driver to mainstream consumer purchase decisions, it wasn’t the only hurdle. Other speedbumps included issues around consumer awareness, content provision, specification requirements, and accessibility.

And if we were to surpass each and every one of these restrictions, the actual consumer usage, of even these cheaper HMDs were primarily limited to experiences such as roller coaster rides – thus pointing us toward one key hypothesis: the best application of VR amongst consumers in the MENA region so far, was to use the technology as a next-gen immersive gaming solution among the masses. 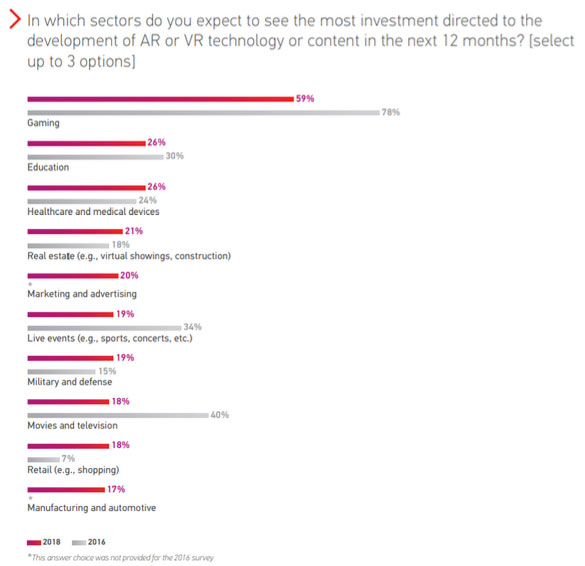 The growth of VR gaming & E-sports

According to reports from Deloitte in MENA, the estimated MENA PC gaming market alone, is currently valued at almost US$1.5bn. Which is expected to continue growing – with major share of growth coming from the GCC region.

The Middle East is expected to be the fastest growing and most promising regions for VR, both for gaming and enterprise applications. The GCC in specific, is well-equipped for growth of VR, given the high disposable incomes, and rapidly growing youth population with increased demand for leisure activities. Moreover, the gaming industry has experienced rapid growth in the GCC and VR applications for gaming are quickly following suit.

A great example of these was the launch of the first of VR theme park in the region – Hub Zero in Dubai (Feb 2016), followed by Zero Latency in KSA (May 2019). UAE’s Hub Zero has seen significant footfall from young gamers, and the experience has revolutionized the way youth classifies arcades in the UAE. With the loosening of entertainment legislation policies in KSA, Zero Latency too, is expected to see a significant jump in footfalls in the KSA region.

Ray of hope for VR?

Despite fading expectations to cater to the masses, VR still has powerful potentials as a marketing tool for brands. Brands today, struggle to convince audiences of the impact of its products, pushing for trial. However, VR technology may empower brands to allow these trials to be experienced, making the offering at hand more convincing.

With the growth in enterprise applications for VR, and the drop in higher quality consumer VR devices, success may still be closer.  An example of such applications are emerging on Social Media options – with the introduction of Oculus Rooms, allowing you to hangout with your friends in virtual spaces. If prices of VR devices continue to drop, HMDs may just become added purchases, alongside smartphones. This may also help avoid the “Adblocker” issues. The overabundance of certain ads, have led many users to resort to blocking ads – which is definitely a topic of concern for marketers. VR, and its immersive offering will lead to consumers willingly accepting brand offerings.

There are also early signs that ads “within” a VR experience (e.g., product placement such as a bottle of Coke) produce better ad recall. 70% of users also found these types of ads less intrusive.

The growth in the real estate developers within the GCC, and the growth in the sales/lease offerings in the Middle east, has a high requirement for VR based advertising. A popular means of spreading awareness on real estate products is through exhibiting 3D models in exhibitions and malls. Furthermore, real estate developers struggle with building brochures, and running digital lead generation campaigns to attract the right crowd. However, if an experience is built through VR, this may attract potential audiences to willingly experience the offering, and test through an experience.

Brands such as IKEA are now building catalogues powered by AR – however they still need to distribute these catalogues. With VR, people could make changes to existing spaces and try and test them in virual reality.

Back to today’s reality

Given the hurdles VR is still unlikely to take flight as a mass consumer platform in the near future. However, there is a brighter future, with the growth in tech investment on producing cheaper hardware options, and more mainstream relevant application. As these developments arise, VR is sure to gather momentum towards a new revolution.

Muzammil Hamza is the Associate Media Director & MENA Ambassador at UM Labs. Opinions expressed in this piece belongs to the author.