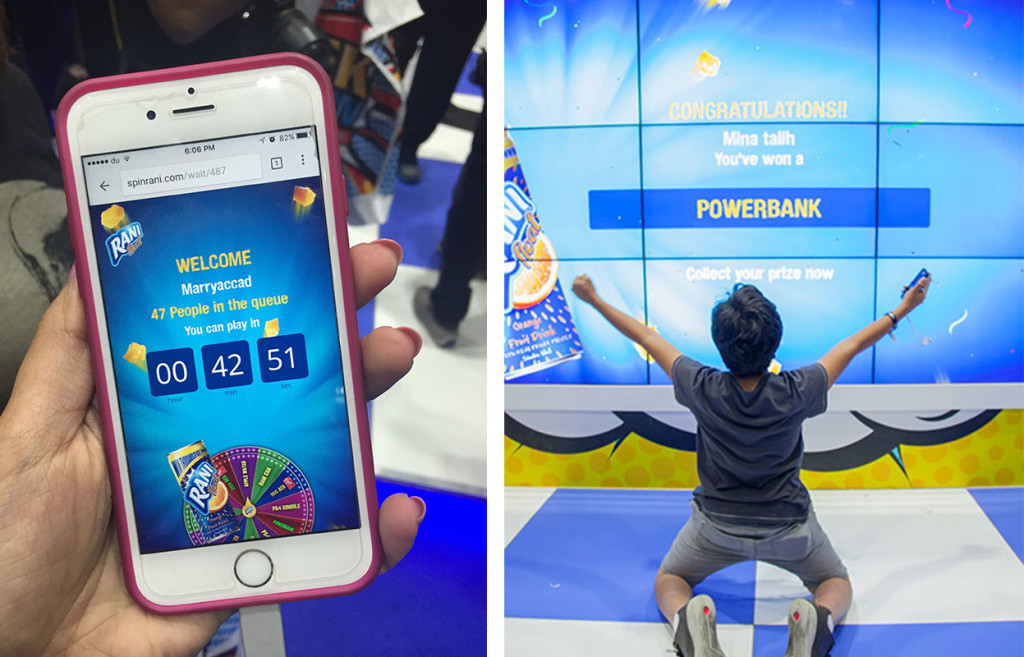 Comic Con visitors were urged to connect their mobile via a dedicated website to a grand screen at the Rani stand to Spin & Win by swiping their finger across their mobile screen activating the Wheel of Adventure in real time. This generated 2500 spins in 9 hours, attracted 200 repeated visitors and gave away 1400 prizes ranging from Apple watches, gaming consoles and Virgin vouchers. The thrill of wining nonstop prizes along with the smart use of technology created a furore of a crowd and emotions resulting in the Rani stand being awarded “Best Content at Comic Con Dubai 2016”. 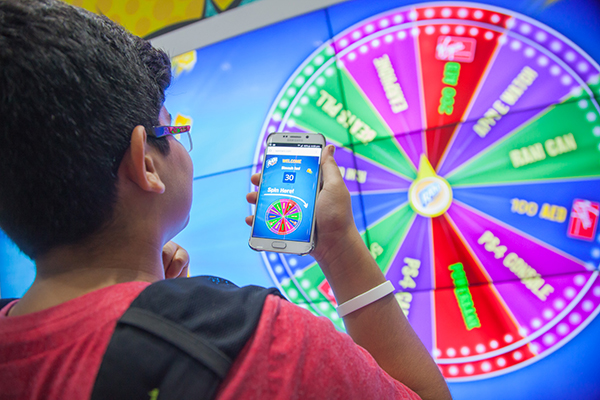 This execution at Comic Con is part of a series of a bigger campaign “Rani Float Wheel of Adventure” running across the months of April and May targeting teenagers in KSA, UAE, Oman, Qatar and Jordan. Rani Float Wheel of Adventure is a campaign connecting the brand’s flavors to the fruit’s country of origin to drive awareness of the various flavors that are available, and increase the consumption of the product. By using a spin the wheel mechanic called the Wheel of Adventure online, instore and in malls; players are able to win some amazing prizes, including a total of 40 exciting trips to each of the 4 countries of origin – Brazil, Malaysia, India & Spain.

To view what this execution at Comin Con Dubai 2016, click here https://youtu.be/nCe-N1E5m30