Facebook’s News Feed for mobile will soon feature a vertical video format according to Marketing Land. While the format won’t be as vertical perfect as Snapchat is, but it will apparently stop cropping and showing them as tiny squares.

The publication says when the update rolls out for Android and iOS, you’ll start seeing vertical videos with a 2:3 aspect ratio (as opposed to 1:1) on your News Feed without having to expand them. “We know that people enjoy more immersive experiences on Facebook, so we’re starting to display a larger portion of each vertical video in News Feed on mobile,” a spokesperson told Marketing Land.

By showing a larger, near full screen version of vertical videos, people too lazy to view them in full screen are more likely to watch them till the end. Facebook has not officially announced when the feature will go live, but Mashable said the update’s going out in the coming weeks.

Why vertical format for video?

Snapchat’s entire business model is built on vertical. Smartphones are held upright rather than sideways most often, so full-screen video in a vertical format is becoming a darling of brands. Remember the vertical ad Jeep did at Superbowl this year? It seemed silly to air that on a tv spot, but it was a clever way of ensuring that it looked perfect when shared later on mobile. 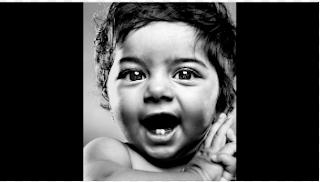 On Facebook, marketers and users have already been able to upload vertical videos, but such clips have appeared as squares until the user taps the post—then the videos go vertical. Ruby Tuesday, Mountain Dew, Mashable, GE, Axe and Budweiser are among the brands testing the feature in its early stages, according to AdWeek.

According to analyst Mary Meeker, users use vertically oriented devices nearly 30 percent of the time, up from just 5 percent in 2010. And more than 7 billion videos are viewed each day on Snapchat, which is specifically designed for vertical consumption.

Periscope, Meerkat, and even YouTube have latched onto the concept, and now with Facebook’s planned format in vertical, traditional creators and designers are going to re-think video format. Perhaps it’s time to abandon the horizontal when aiming for mobile engagement. From concept to execution, the agencies that produce videos for brands have to find new content concepts and techniques to film scenes and subjects. Close-ups of people work well vertically. Without a vertically conceived concept, video has to be shot twice, doubling production time and money. The whole genre needs a bit of moving away from traditional content planning.

Our phones are vertically rectangular.  Where are phone-filmed vertical videos the most often viewed? On a vertically-held phone! Instagram and Snapchat—the biggest offenders of horizontal formats. These are phone videos meant for phones. After all, why should both the shooter and viewer be forced to twist their phones sideways all the time when viewing? So, if you want better engagement on your videos, think vertical. It’s all about shifting your brand mindset to mobile first.

Get your brand ready

Considering the success platforms like Snapchat have had with vertical video, particularly among millennial and Gen Z users, the new feature should be a hit. You don’t need to have huge investments to take advantage of the format. Even today’s latest smartphones can be used to create compelling video in vertical format. What you do need to is invest some time and effort in planning the content that best creates a well executed, immersive, engaging video. Remember, the format is 9:16.

While shooting vertically can present simple logistical problems (what’s the best way to secure a camera sideways on a tripod?), the unorthodox orientation forces producers to alter their shot compositions and techniques regardless of how the video is shot.

By Tom Roy, CIO, MCN
first published on his blog