In the article, Harfouche talks about the launch of Platform5, an integrated services and technology unit that offers digital support across the group’s media agencies; the introduction of Commonwealth – a specialized agency serving Chevrolet across 16 markets, and Capella – a data centric unit to serve the surge of data as capital in the industry.

Harfouche also told Iain Akerman at Campaign that he estimated that MCN staff counts were on its way up for the year (about 100 this year, he estimated), and talked about various changes at MCN since he took over three years ago. Speaking of talent at MCN, Harfouche concludes “We have to make sure we have the best people in place, that we attract the best talent, and that we create a culture that is homogeneous. That is the key to success.”

The entire article is reproduced below. Click to zoom in if needed. 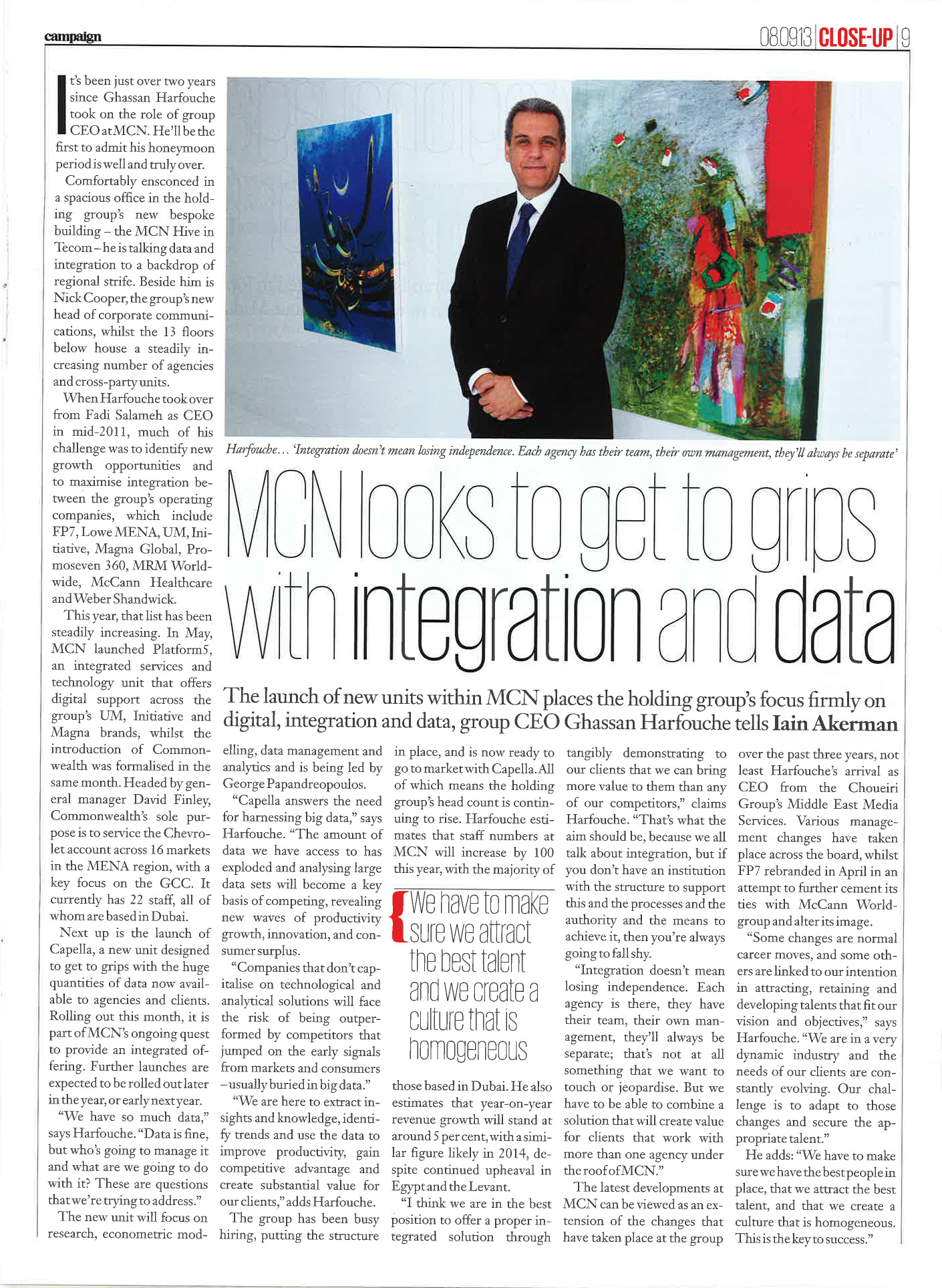