The Lowe Unilever team worked on the project from concept to successful completion, and were on stage during the special event recognizing the achievement. Key team members included Sujay Nanavati, Anoop George and Sarah Nassar. Lowe’s achievement is even more commendable because the project had it’s foundation on care and giving and was built on the key tenets of the holy month of Ramadan, and aptly the core of the program tied in with the two brands that were involved. 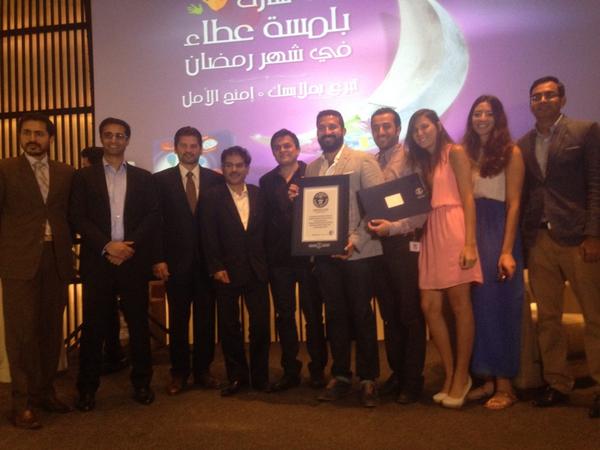 The Lowe MENA team on stage at the Guinness World Record event, with the Unilever Omo and Comfort teams 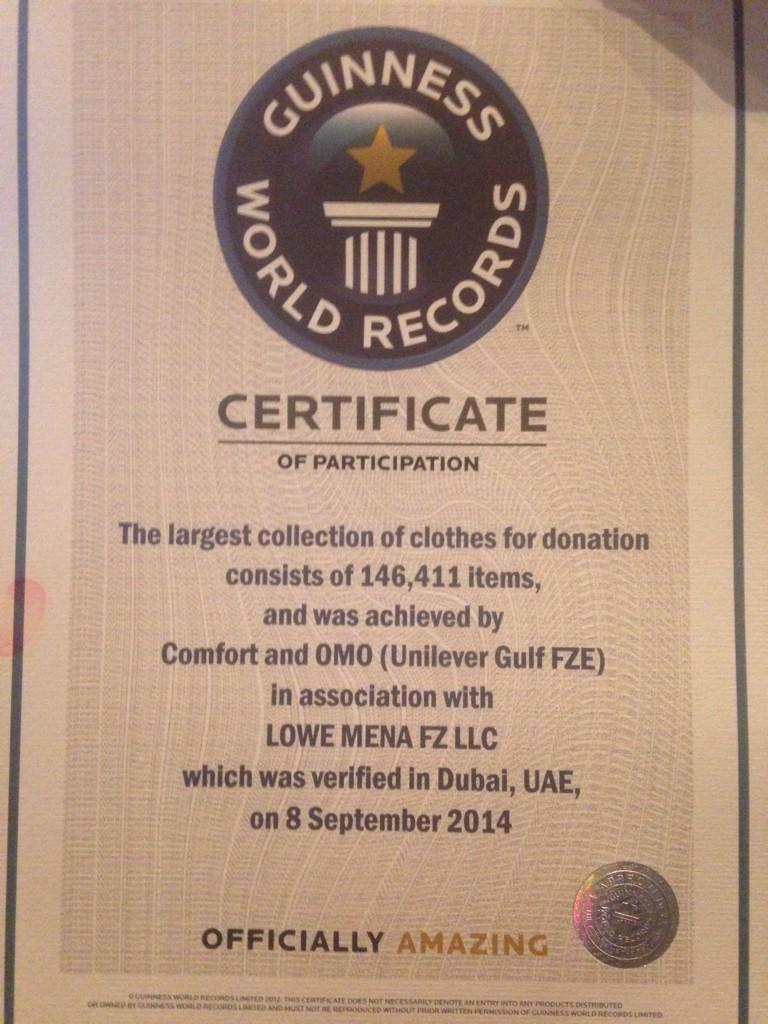