Lewis Pugh inspires all at MCN

Lewis William Gordon Pugh, OIG is an ocean advocate, a maritime lawyer and a pioneer swimmer. He is often described as the “Sir Edmund Hillary of swimming.” He was the first person to complete a long-distance swim in every ocean of the world. He was also the first person (or only one) to swim across the North Pole.

Lewis Pugh was the guest speaker in a 60 minute ‘inspiration session’ at the MCN Hive – an hour of absolutely riveting storytelling, followed by a Q&A session. He shared stories about his swim across the North Pole, at the foot of Mount Everest and his on going campaign to save the oceans on our planet. 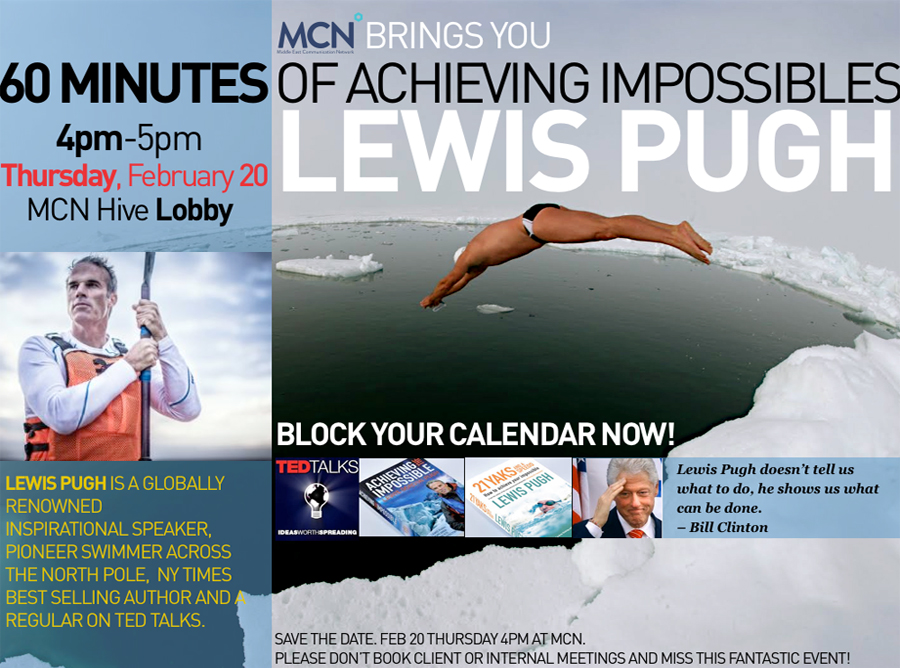