Creative Success across the Maghreb at FP7!

FP7 across the Maghreb scored big on creative excellence to close 2012 and open 2013.

FP7/TUN walked out of the Pros D’Ors Awards on December 14 with lots to carry – lots of glory, lots of laughter and lots of pride, knowing that they were THE most awarded agency in their market. The Pros D’Ors is an creative awards festival that represents the Cannes Lions Festival in North Africa. Out of 283 entries, only 58 were awarded – 16 of which you’ll find on our shelves in Tunis, including the most prestigious award of Advertiser of the Year for the body of work we created for our Orange partner. The awards include: 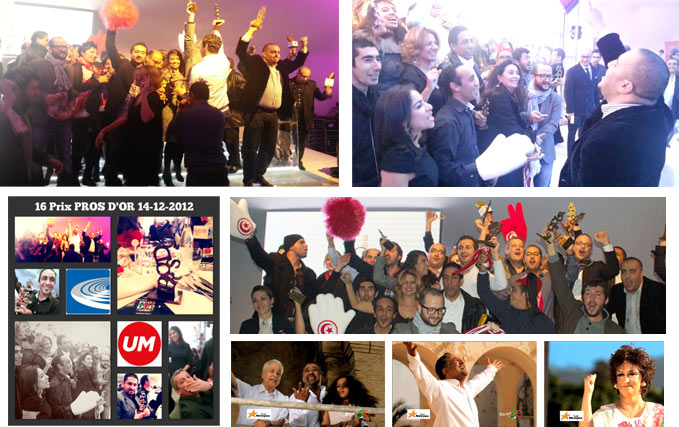 Ten days earlier to that, FP7/ALG also added great value to our telco credentials s by winning an award, not at an advertising festival, but rather at the most important telecommunications conference, the CommsMEA 2012 – An event that awards operators and brands that innovate in the region’s fast growing telecoms industry. Only 15 awards were presented to various telco companies, and just one went to an agency celebrating the moving work created for the Nedjma brand. Mazaal Wakfin and Mabrook, FP7/ALG.

Moving on to Morocco and FP7/CAS along with UM put together the biggest Flash Mob ever seen in the country on January 16th at Morocco Mall in Casablanca to launch Fanta’s new taste. Grab a Fanta, watch it and share it.